Guilds are in-game communities, led by a guild leader. Guild members work together to unlock rewards for the whole guild by winning games, participating in guild wars, and donating cards.

Guilds are expensive to create, costing

75,000 Essence, to ensure that guilds are meaningful and led by an experienced player. If you are a new player, it is recommended to join an existing guild rather than creating your own. 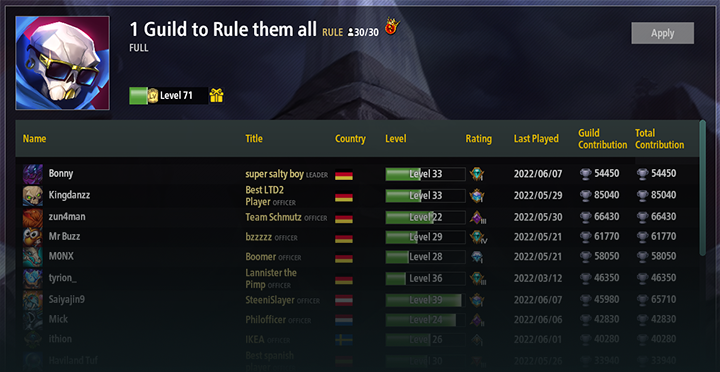 Players can earn GXP in several ways in Legion TD 2. Every time a member of a guild wins a game they gain 10 GXP. Donating a card to the guild can yield anywhere from 80-4500 GXP. 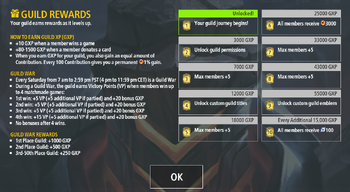 Guild Wars are events that take place every Saturday from 7:00 am to 2:59 pm PST. During a Guild War, the guild earns Victory Points when members win matchmade games.

There are no bonuses after 4 wins.

GXP is given as a reward for the guild achieving a top 50 placement in a guild war. 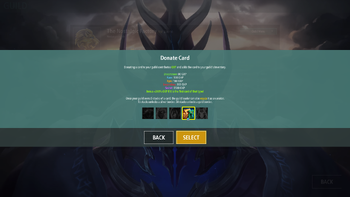 Donating a card to a guild contributes GXP and adds the card to that guild's inventory. Once a guild owns 5 stacks of a specific card, the guild leader can equip that card as an avatar. 15 stacks of the same card unlocks a silver border, and 50 stacks unlocks a gold border.

The amount of GXP gained by donating a card is determined by both the rarity of the card, as well as if it is the first card of that type. If it is the first time that type of card has been donated to the guild, then a bonus 200% GXP is given. For example the first time an Imp card(Legendary Rarity) is donated, the GXP given would be 900 instead of 300.

GXP given is as follows:

Retrieved from "https://legiontd2.wiki.gg/index.php?title=Guild&oldid=4395"
Category:
Cookies help us deliver our services. By using our services, you agree to our use of cookies.