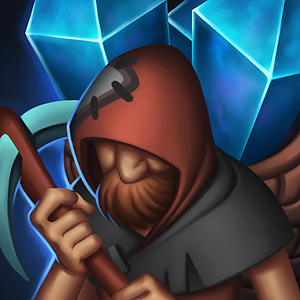 Visual description: bearded man with a patched cloak, a pickaxe, and a backpack of blue crystals

Your strategy should be to clear waves with as little gold spent on fighters (fighter value) as possible. Spend just enough gold on fighters to clear your waves and spend the rest of your gold on workers. Because workers start generating mythium immediately, it’s best to train workers as soon as you can.

It’s not always possible to know if you can safely train a worker, but here are some rules of thumb:

Retrieved from "https://legiontd2.wiki.gg/index.php?title=Worker&oldid=4228"
Category:
Cookies help us deliver our services. By using our services, you agree to our use of cookies.