Mercenaries cost mythium and are used to attack your opponent. Mythium can be spent on mercenaries every wave or saved for multiple waves to unleash a larger attack.

Mercenaries attack your opponent whenever the next battle phase begins.

Each player attacks exactly one other player, depending on which lane you are in. 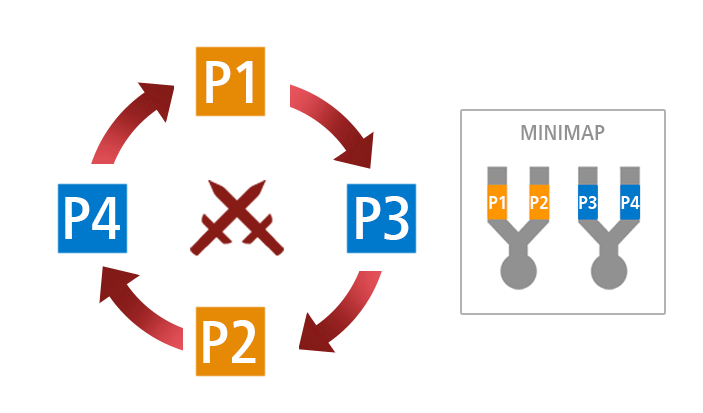 Weak. Mainly used as a source of income.

Long-ranged. Throws spears at its enemies from afar.

Its hard shell makes it a great tank.

Tanky, despite its thin limbs.

Not too smart, but very tanky.

Her long-range cannon packs a punch.

Summons an endless supply of Froggos.

Every third attack, deals bonus damage. Refreshes when it gets a kill.

Deals more damage the more it attacks the same target.

Boosts the damage and attack speed of nearby allies.

Retrieved from "https://legiontd2.wiki.gg/index.php?title=Mercenary&oldid=4037"
Category:
Cookies help us deliver our services. By using our services, you agree to our use of cookies.